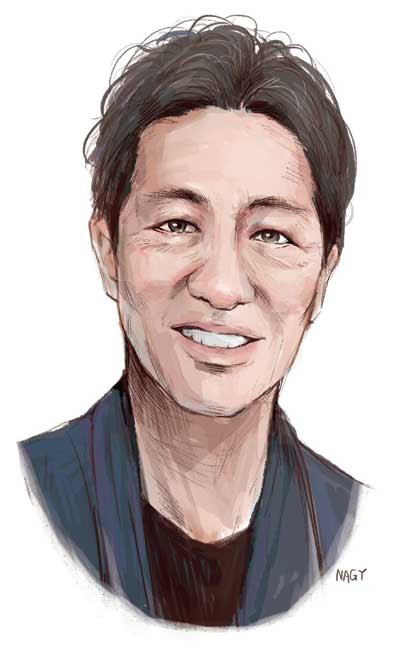 (WU JINGTONG / CHINA DAILY)
When Simon Chan was building his new office for his architectural practice in Sydney’s fashionable eastern suburb of Bondi, he had an epiphany of sorts and decided halfway through the construction to turn it into an art gallery instead.

Pointing to desks with computers, he said: “Instead of having large drawing boards and drafting machines, that is all you need in today’s office.”

One of the more established private architects in Sydney, Chan, 62, was elected just over a year ago as president of the Haymarket Chamber of Commerce. Haymarket includes Chinatown, the city’s biggest tourist attraction after the Harbour Bridge and the Opera House.

This bustling corner of Sydney has evolved from a few streets lined with Chinese restaurants and grocery stores in the 1950s to a thriving business district that has moved beyond its original boundaries.

Today, shopping arcades selling everything from Chinese herbal medicines and the latest Chinese films and music to the offices of lawyers, doctors and immigration specialists dominate the business district while the restaurants and grocery stores have grown and multiplied.

Chan’s election has come at a time of significant change, which could have a substantial impact on the future of Chinatown.

The redevelopment of Darling Harbour next door and the entertainment complex at the back of Chinatown is now in progress, but its impact on Chinatown’s long-term future could be significant, according to Chan.

Then there is also the future of the Chinese New Year parade, which has grown over the years to attract thousands of Asian visitors. This year’s parade saw 150,000 people pack the streets.

However, construction of the new light rail system in Sydney will mean that next year’s parade will not be feasible as the main route will be congested with building work.

The suggested alternative routes of Pitt Street and Sussex Street are much narrower and the maximum number of people that they can pack in will only be 50,000, Chan said.

“On that basis, I can understand the reason why the City of Sydney is developing an alternative celebration event of lanterns or sculptures with light, which will be displayed in different parts of the city including Chinatown,” he said.

The new celebration will be held over nine days with various community dance and music performances.

“In the long term, we are keen to revive the Chinese New Year parade after construction of the light rail project is completed. Rather than being just a spectator event, the parade engages with the community.

“Participation of the community in the parade is a very important factor of its success,” Chan said.

Another matter which is also close to Chan’s heart, and could impact the future of Chinatown, is the redevelopment of Darling Harbour.

“I was very disappointed with the demolition of the Exhibition Centre, which was designed by Philip Cox, and the Convention Centre, designed by John Andrews, two icons of Australian architecture for that period,” Chan said.

“The complex was only 25 years old and while they may not have worked as well as they once did, the buildings themselves and the way they relate to the surrounding area and facilities could have been upgraded and modified.

“Will we demolish the Sydney Opera House and Harbour Bridge because they do not work as well now or in future years?”

In order to finance the redevelopment of Darling Harbour, high-rise apartments will be developed on the site where the Entertainment Centre was located.

“I am concerned that the new Darling Square complex is turning its back on Chinatown with all the retail shops in the complex facing the other way,” Chan said.

Chan added that while he still loves architecture, he has stepped back in recent years to devote time to his other passions — music, art and volunteer community work.

Now that all his children have left university and are pursuing their own careers, Chan feels he can afford to “reflect”.

Walking through his office, which is now an art gallery, Chan noted: “Ten years ago I designed this as an architect’s office, complete with a reception area downstairs and a conference room next to it.

“Upstairs were offices for my staff and myself. Halfway through construction of the building, I decided that I am in a fortunate position where I do not need to earn a high income to sustain my family anymore as my kids are now independent.

“Life is short and so I decided to pursue my interest and passion and started the art gallery to support artists and to promote art and culture.”

Chan’s father was born and brought up in Papua New Guinea when it was still an Australian protectorate. He later went to high school in Hong Kong and studied engineering at the University of Hong Kong before World War II.

Amid the difficult pre-war years, the elder Chan decided the best way to contribute to China was through education. So he became a professor in the engineering faculty at Guangxi University, before joining Zhejiang University.

“That is where he met my mother … just as the Japanese invaded,” Chan said.

“As the Japanese moved further and further south, my parents managed to stay one town ahead (of the invading forces), before arriving in Hong Kong where I was born after the war.”

Chan attended Wah Yan College, a Jesuit school on the Kowloon peninsula. Subsequently he was sent to boarding school at St Joseph’s College in Sydney’s Hunters Hill, with which the Chan family has had a long association.

“That is where all my relatives went to school and my uncle was the first Chinese student to attend the college,” he said.

“I was 16 and after my first year I was ready to return home for a holiday over Christmas. But my parents decided they would move to Sydney.”

Chan did well in the higher school certificate and qualified for medicine.

“My parents would have liked me to do medicine but I could not stand the sight of blood. I decided that I wanted to do something creative and so it was architecture,” he said.

After he graduated from the University of Sydney with first-class honors, Chan worked for a number of architectural firms before deciding to start his own practice.

Eventually, Chan became involved in many not-for-profit organizations, mainly promoting art and culture. He is currently the treasurer and director on the board of the Aboriginal Benefits Foundation.

In this capacity, he is involved with fundraising for the welfare of Aboriginal communities throughout Australia with a focus on health, education and art.

Chan started collecting art 30 years ago when he built an extension to his house.

“I needed art on the walls and so I started buying art but have not been able to stop even though the walls are all covered with art. I am definitely one of those people who enjoys collecting and who has this incurable collecting habit,” Chan said.

“When I run out of walls, I just rotate my artwork around and keep some in storage. So I can have ongoing changing exhibitions at home — just like my art gallery.”

Update on the The Dancing Girl and the Balloon Man

MOCA’s launch of Stories of Home