HCC WELCOMES THE SUCCESS OF THE CITY OF SYDNEY ELECTIONS

The booming voice of world champion Town Crier, Graham Keating, officially declared the new City of Sydney Council last week at a ceremony on the steps of Sydney Town Hall.

The five newly elected councillors who bring a diverse range of experience to Australia’s leading local government.  Ms Moore who won the mayoralty with an overwhelming 60 per cent of the vote for a record fourth term as Lord Mayor.

Lord Mayor Clover Moore said she was just as eager to return as Mayor of Sydney as she was when first elected to the role in 2004.  “The election results are a ringing endorsement of our city’s progressive policies and our long-term focus on creating lasting change for the many people who live, work and visit our city.

Kerryn Phelps has been elected deputy mayor of the City of Sydney in the first phase of a plan to succeed Clover Moore, declaring a “busy year ahead”.

The high-profile GP and former Australian Medical Association president, who was elected at an extraordinary council meeting last night, said she was “very honoured to have been elected by the other councillors… it’s a real privilege”.

The new council features six councillors from the Clover Moore Independent team, two Liberal councillors and a councillor each from Labor and Sydney Matters.

The returning councillors are:

Robert Kok – returning for a third term on Council, Cr Kok has been a strong advocate for Sydney’s Asian communities and is a previous Chair of the City’s Chinese New Year Festival Advisory Group, which has helped the celebration grow to become the biggest outside China. (Clover Moore Independent Team).

Christine Forster – a Surry Hills resident with more than 25 years of experience as an industry journalist, Cr Foster is a passionate volunteer and an Ambassador for Pride in Diversity’s Sapphire Program. (Liberal).

Linda Scott – a research and policy professional and director of Local Government NSW. Cr Scott is a former chair of the Surry Hills Neighbourhood Centre. (Labor).

Angela Vithoulkas – an award-winning business owner, radio broadcaster and media commentator, who became the first Greek-Australian to be elected to the City of Sydney Council in 2012. (Sydney Matters).

The newly elected councillors are:

Craig Chung – with experience as a business owner, trainer and councillor at City of Ryde, Cr Chung is a passionate advocate for reducing red-tape for small businesses. (Liberal).

All 10 councillors attended an official welcoming ceremony and morning tea following today’s declaration, and will undergo training over the coming weeks before sitting for the first time on 24 October. 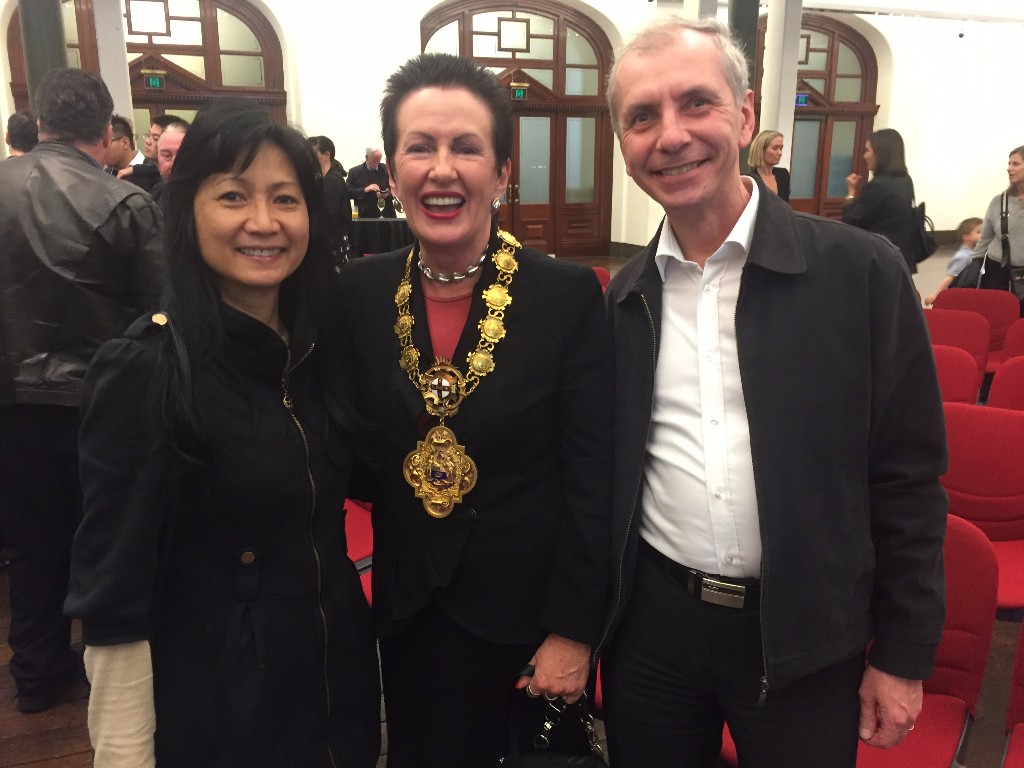