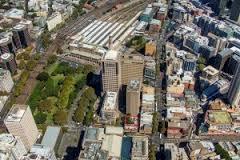 In demand: The site at 15-33 Parker Street, Haymarket. Photo: ccummins@fairfaxmedia.com.au

Private developers are tipped to swoop on a new site at Haymarket being offered for sale, in an area where residential, hotels and serviced apartments are at a premium.

Known as part 15-33 Parker Street, Haymarket, the site of about 671 square metres has two frontages, is situated between George and Pitt streets and is being sold through Colliers International.

It comes as a overseas-based private investor paid $112.3 million for the office tower at 309 George Street, which was sold by The Abacus Property Group/AM Alpha joint venture through JLL and Knight Frank.

Settlement is due in May 2015 and is conditional upon Foreign Investment Review Board approval. The property was acquired by the joint venture in October 2011 for $68.75 million.  Read more HERE

Update on the The Dancing Girl and the Balloon Man

MOCA’s launch of Stories of Home